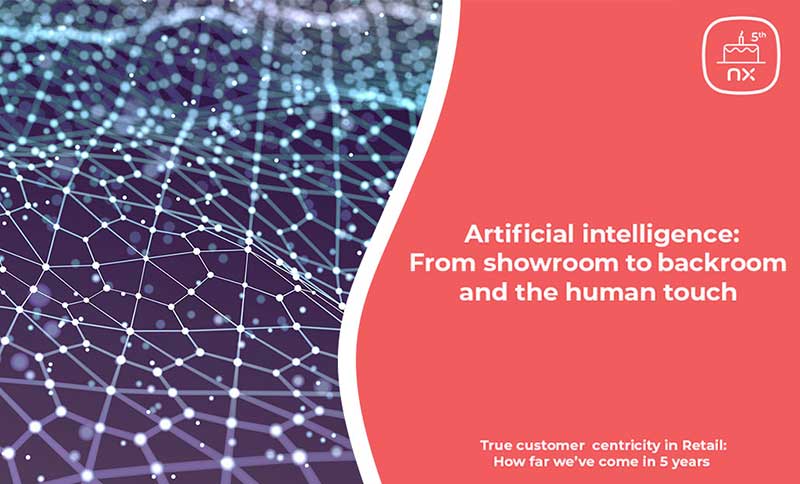 AI as the way forward for customer-centricity in retail

Saying that artificial intelligence experienced a revival in 2014 would almost be an understatement. Why the sudden popularity?

While some skeptics questioned whether or not AI would take hold, five years later, it’s key to transformation in many areas of retail.

In this series so far, we’ve discussed how retailers have become more customer-centric in the last five years including adopting D2C and omnichannel strategies, putting customer experience at the center of retailing, and putting data to good use. In this final installment, we uncover how AI is actually the key to all of these factors.

It took a long time for three factors essential to AI to converge: algorithmic advancements, explosion of data, and increased computing power. But once they did, in about 2009, AI and its use cases began picking up speed in terms of development and possibilities.

Just a few years later, computers were beating top contenders on Jeopardy! (by a lot) and classifying and recognizing images.

Enablers like cheap cloud storage, more cultural awareness (“Hey, Siri!”), and a stronger development of the different AI disciplines such as natural language processing, and computer vision were finally taking it to critical mass.

Excitement, but unclear applications and outcomes

While the potential of AI was undeniable, less clear were its real-world applications. It was also still popularly treated as a futuristic concept, met with some degree of pause.

Reflective of this was Elon Musk’s sensational prediction that AI would be taking us into dangerous territory by 2019.

There was also discussion around whether or not AI would have an immediate and dramatic impact on the workforce by eliminating automatable jobs.

These fears didn’t stop people from getting excited about AI though, and the sudden wave of investments brought on with an imagine-the-possibilities style thrill, the likes of which were similar to the dawn of the industrial revolution and the internet.

But AI still lacked a bit of street cred: in reaction to these investments, the Financial Times even referred to AI as a “fad” and a hot “trend”, uncertain as to whether the hype would last.

What could it mean for retail?

One of the most promising aspects of AI was its ability to process and interpret huge amounts of all that unstructured big data being collected in several industries, including retail. The potential to enable retail transformation was there but was still largely unrecognized.

Fashion retailers were still primarily relying on manual or semi-manual processes for tracking, managing, and moving thousands of SKUs. Their ability to forecast was generally based on a limited view of the past, and was almost entirely reactive when it came to changes in customer demand.

And today the benefits and use cases for AI in retail are clear.

According to McKinsey, retail is one of the top three industries in which AI can significantly improve performance beyond other analytics techniques. What’s more, retail has potential global benefits of $400 – $800 billion – more than any other industry.

Capgemini finds that retailers can save up to $340 billion by taking AI to scale in their operations, especially in the supply chain due to its ability to transform efficiency.

Additionally, Coresite Research and Salesforce found that 80% of retailers in Europe have adopted advanced data analytics capabilities, which are the building blocks of AI. Growth is primarily being driven by data availability, technology, and competition.

Machines don’t lessen the need for a human touch

According to Capgemini, 71% respondents from top retailers said AI was creating, not eliminating, jobs in their organization, often at a fairly senior level. If anything, the share of jobs that require AI skills has grown 4.5 times since 2013. This is even when half of all retail jobs can be automated with current technology.

There seem to be two types of jobs being created in retail thanks to new AI initiatives: more analytical profiles who can understand and can carry out AI initiatives, and those who can provide better human, emotionally intelligent interactions as AI and automation take over more operational retail tasks.

PWC found that 82% of US and 74% of non-US consumers want more human interaction, though 59% of all consumers feel companies have lost touch with the human element of customer experience. The prize for those retailers that offers this type of interaction is high: customers who engage with a store associate increase conversion by 182%.

AI and automation enable retailers to provide a “human channel” of retail through brick and mortar locations. In turn, retailers are recruiting and reskilling store associates to be brand ambassadors, advisors, and experts as opposed to mere sellers.

Best use cases in retail

While AI adoption in retail continues to pick up speed, 74% of implementations have focused on the flashy, quick-win, customer-facing innovations. But they are only part of what makes a great shopping experience.

While omnichannel and D2C strategies have helped many retailers survive tougher times over the last few years, they are increasing demands on supply chains and back-office operations, as are shortening product and trend lifecycles. Thus, never before has it been so important to find ways to streamline, automate, and improve operational processes and forecasting through data. Luckily, these are all things AI can and does do for retailers.

Never before has it been so important to find ways to streamline, automate, and improve operational processes and forecasting through data.

Since AI also allows retailers to forecast based on underlying causal drivers of demand rather than past outcomes, it has the potential to improve forecasting accuracy by 10-20%, or a 5% reduction in inventory costs, with revenue increases of  2-3%.

Similarly, Global Market Insights predicts that the increasing need of retailers to improve productivity, reduce operational costs, and generate more revenue, and improve business decision making and demand forecasting will create the perfect storm for AI in the retail market to exceed 8bn USD by 2024.

Without AI, retailers might have tons of data, but how would they use and interpret to anticipate and forecast demand? If they don’t understand this demand, how can they create a personalized and localized offering? How would they provide a great in-store experience with the wrong or unavailable stock?

Unlike five years ago, retailers can future-proof their businesses by adopting AI to automate and improve core merchandising decisions. While customer-facing AI often grabs all the headlines, it’s what goes on behind the scenes that makes it all come together.

Unlike five years ago, retailers have the opportunity to future-proof their businesses by adopting AI to automate and improve their core merchandising decisions.

There’s nothing more customer-centric than that.

And how is Elon Musk feeling these days? He’s still worried.  But it hasn’t stopped him from founding AI venture AGI, meant to mimic the human brain. So there’s that.

Want to see how Nextail uses AI to help retailers provide a fully customer-centric experience to customers? Contact us! We’d love to show you. 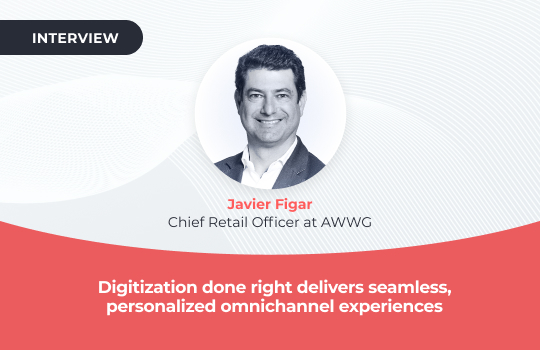 A change in organizational mindset and strong partnerships with tech partners will foster the adoption of digitizatio... 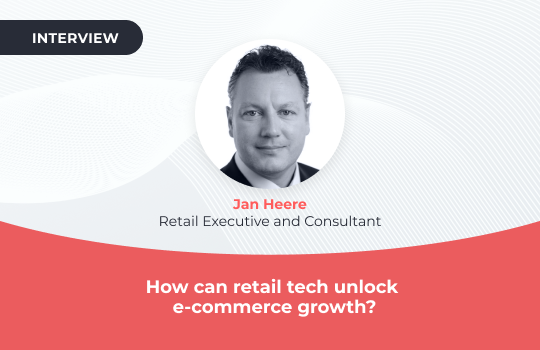 The rise of e-commerce and development of digital channels is unstoppable and retail technology is the enabler that c... 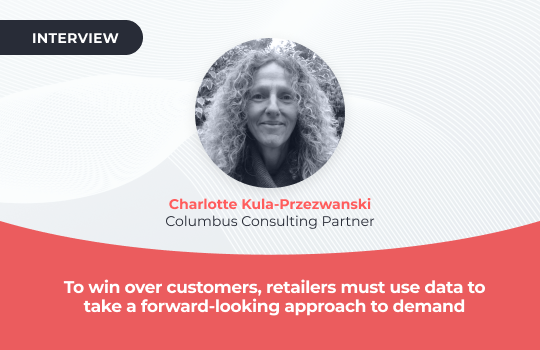 Data is key to forward-looking retail approaches and winn...

From tailored assortments that unlock sales opportunities, to sustainability options that customers will love, for Co...